By most indicators, the third-quarter market for Prince Edward County homes over $300,000 was more favourable for buyers than a year earlier. Home prices were the sole exception, where median prices increased moderately compared to the third quarter 2017. 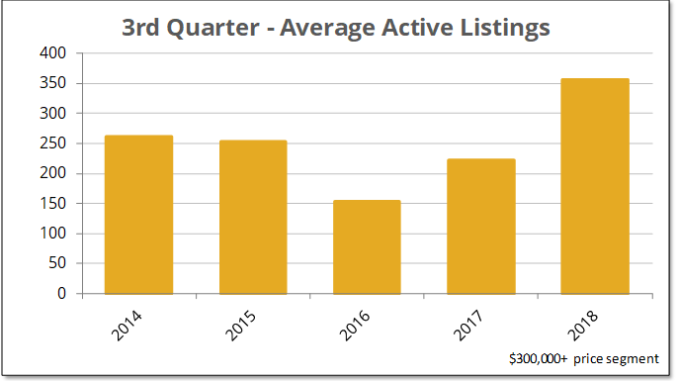 The average number of listings available for sale each month increased dramatically in the third quarter, up 60% compared to the same time in 2017.

Sales Increased…But Not As Fast As Listings 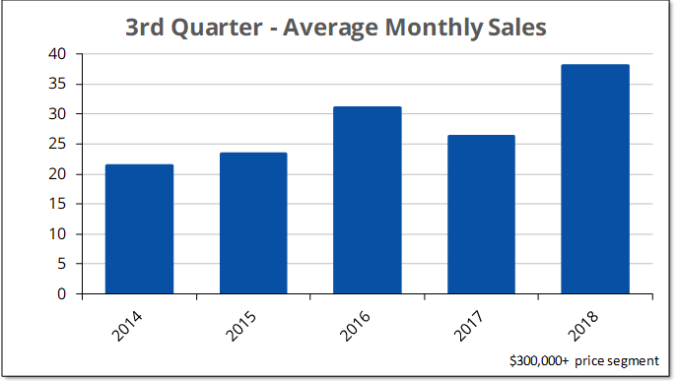 Average monthly sales were also up significantly during the third quarter, increasing 44% over the same period last year. 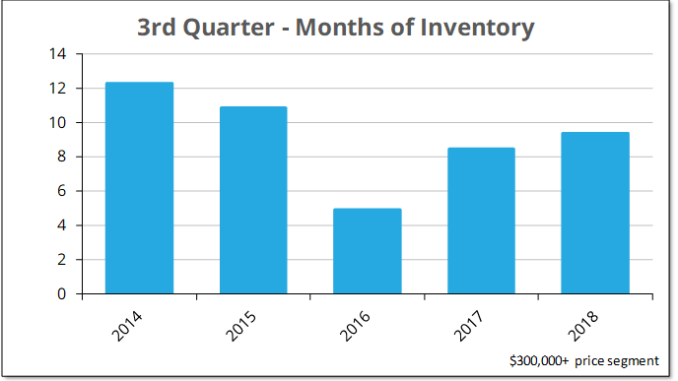 With listings and sales both up compared to last year, it’s clear that the level of market activity is higher than a year ago. Listings and sales numbers do not, by themselves, give any insight into whether conditions are more favourable for buyers or sellers.

Months of inventory (the average listings available each month compared to the average sales per month) gives a better insight into market balance. Historically, buyers’ markets in the County have seen 10 or more months of inventory, while at the height of the recent sellers’ market, the inventory of homes for sale over $300,000 fell to just below 5 months during the third quarter of 2016.

The bubble ended in late spring 2017 and by the third quarter of 2017 inventory increased to 8.5 months. This was a significant improvement for buyers (though not as favourable as the years immediately before the bubble when third quarter inventories ran in the range of 10-12 months.)

The supply/demand balance continued to move in favour of buyers during the third quarter of 2018, when inventory grew to 9.4 months, up 11% from the same time a year earlier. 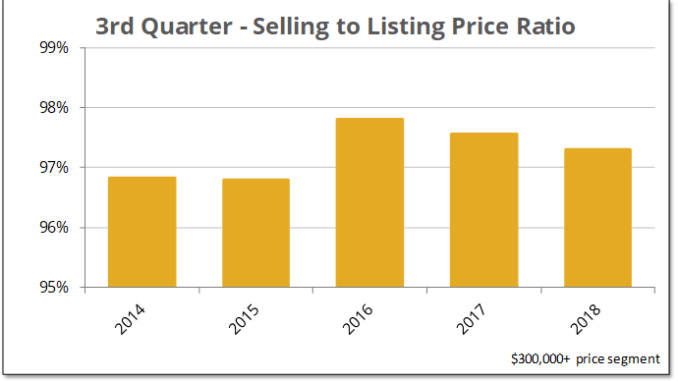 The selling to listing price ratio is another indicator of supply/demand balance which can be thought of as the discount from listing price. For the third quarter of 2018, the ratio was 97.3%, down slightly from 97.6% a year earlier. Similar what happened to inventories, the third quarter selling to listing price ratio was slightly more favourable to buyers than a year earlier, but not as favourable as in the years preceding the bubble. 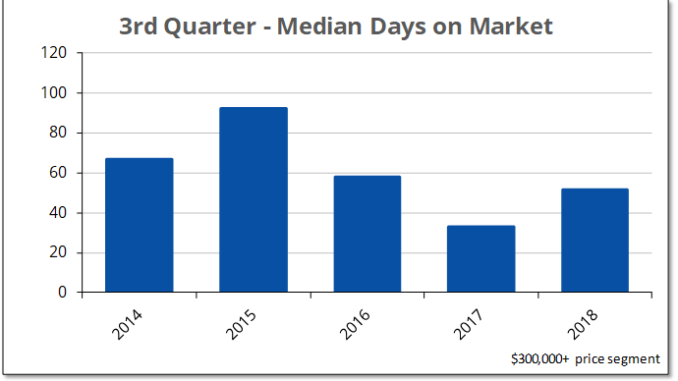 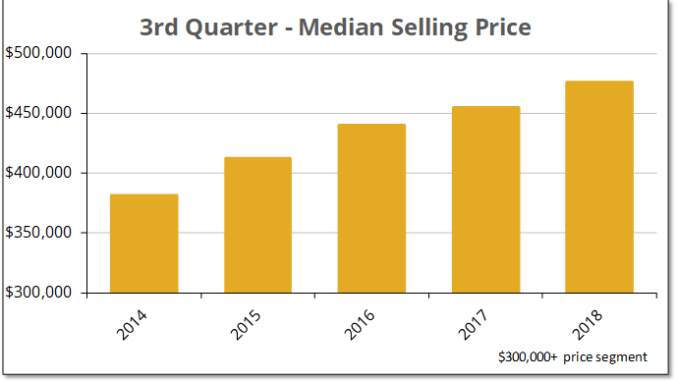 Despite the fact that other measures pointed to an improving market for buyers, the median selling price for homes in the $300,000 and over segment continued to increase during the third quarter when they were up 4.7% compared to a year earlier.

Buy all measures except price, conditions are more favourable to buyers than they were a year ago.

Selection is better, homes are selling at a (slightly) larger discount to list price and are selling more slowly than a year ago.

Unlike Toronto, where the median price of detached homes fell as the market slowed, median prices in the County have increased -though modestly- since last year.

Looking forward, there are several factors which are likely to influence the market for County homes over $300,000.

On October 9th, Prince Edward County Council passed the Official Plan and Zoning By-Law amendments to needed to begin regulating Short Term Accommodation (aka airbnb’s). While the rules are complex, overall the changes protect existing rental owners while making it difficult to establish new rentals in the most popular areas such as parts of Picton and Wellington where many are currently concentrated. Although it is too early to say for sure, the regulations could lead to increased prices for existing rentals because of the restriction on new competitors.

At a macro level, the successful US-Mexico-Canada trade deal removes a cloud of uncertainty that was hanging over the Ontario market. This will likely lead to increased demand for real estate. If the treaty is not ratified, expect even higher levels of uncertainty.

Finally, if interest rates continue to increase, demand for real estate is likely to fall.