Summary: After a blistering April and May, the chill from the downturn in the Toronto real estate market reached the County in June when most measures showed a pronounced cooling. 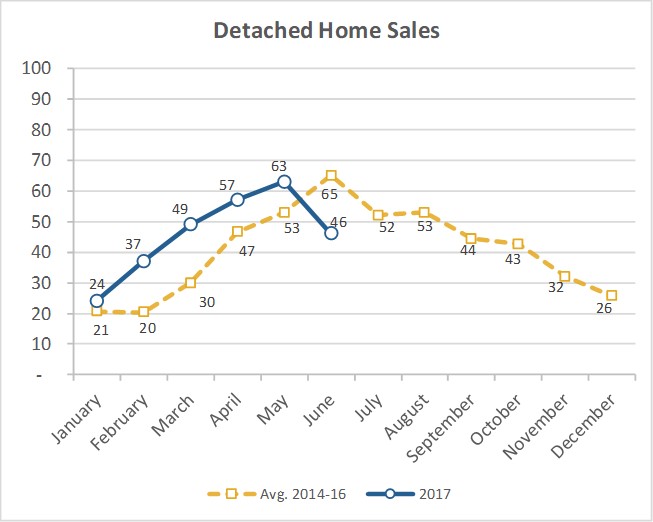 While April and May continued the hot pace of sales which has characterized the County market for the last 18 months, detached homes sales took an abrupt turn in June with sales down 27% from in May. 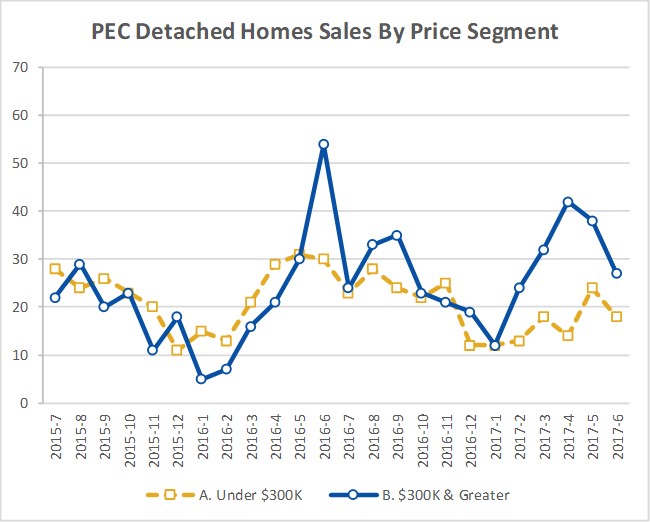 Closer analysis shows that the downturn in sales occurred across the board in sales for homes over $300,000 dominated by Toronto buyers as well as sales under $300,000 driven by local demand. 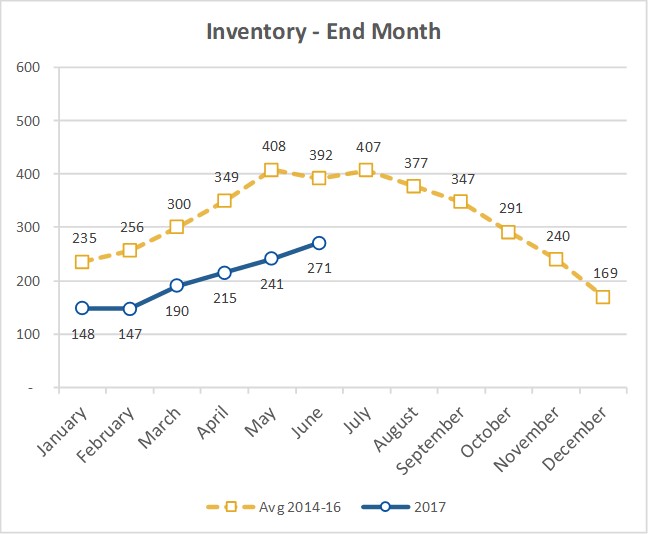 The inventory of homes available on the market, while well below the average of the previous three years, showed an expected seasonal increase consistent with the market conditions prevailing since the start of the year. A shortage of inventory does not appear to explain the dramatic sales downturn. 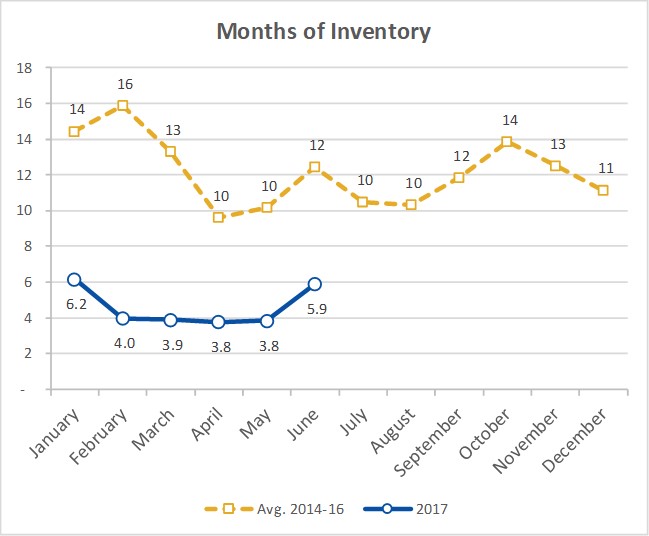 Months of inventory is a widely-used measure of the balance between supply (number of homes listed at end of month) and demand (sales for the month). While the supply of homes available for sale in June was tight by historical standards, the increase was a step toward more balanced supply and demand. 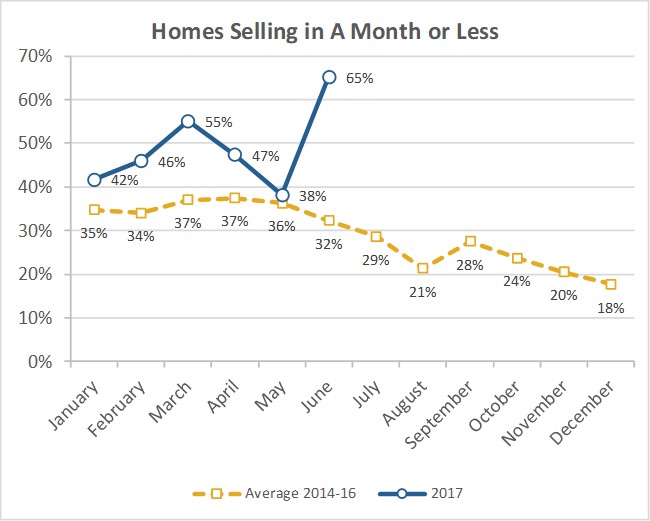 The percentage of homes selling in a month or less nearly doubled from May to an all-time high June. Although the number of homes sold was down in June, those that were selling were selling quickly. This was the only indicator that suggested an upturn in the market. 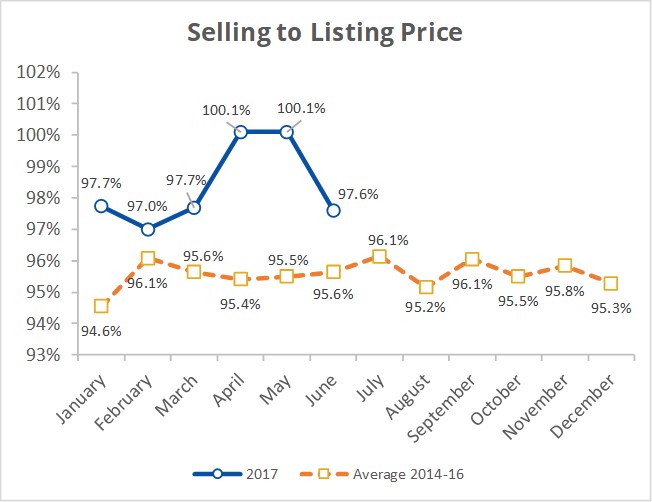 The selling-to-listing price ratio is a traditional measure which reflects supply-demand balance. Homes sold, on average, at 100% of listing price in April and May, falling in June to a level consistent with the first quarter of the year. 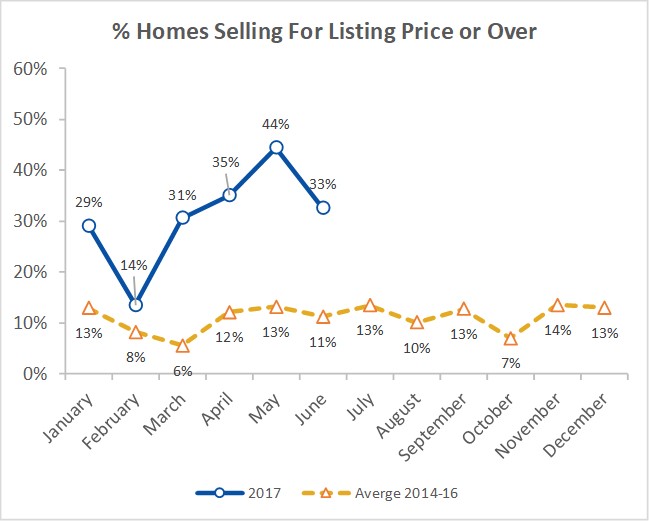 In another indication of a potential market slowdown, the percentage of homes selling for listing price or over fell back in June after reaching an all-time high in May. 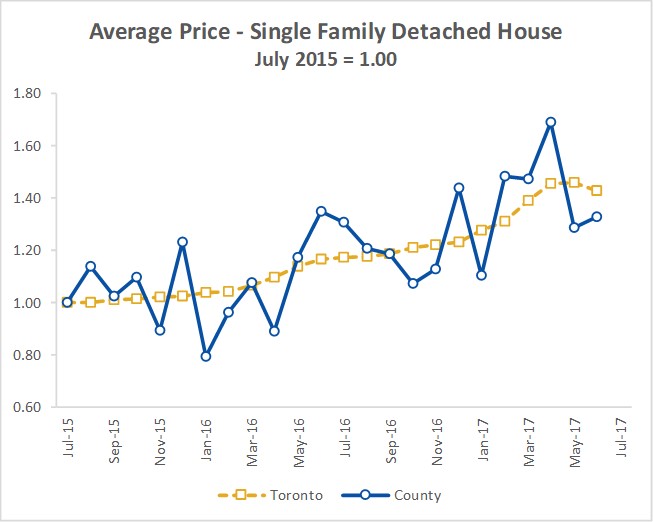 After peaking in April, the average price index in Prince Edward County fell significantly in May and June, paralleling the decline in average house prices in Toronto.

Treat Hull & Associates, Ltd., is a County real estate brokerage with a difference: we don’t take listings and we serve only buyers. Representing both buyer and seller on the same deal is legal in Ontario, but we believe that ‘you can’t serve two masters at the same time’. By representing only buyers, we can provide unbiased advice in your best interests without compromise or qualification. For further information, contact Treat Hull, Broker of Record, Treat Hull & Associates Ltd., Brokerage at 613-503-0027 or treat@treathull.ca.