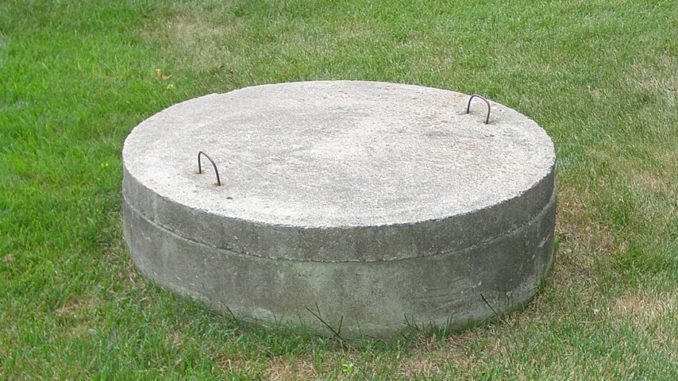 People in urban areas may take drinking water for granted, but not in Prince Edward County. Most people are living on a well here. Like the weather, water is a frequent topic of conversation.

There are different types of wells used to supply drinking water, each with its own advantages and disadvantages.

Drilled wells, going down as far as 200 feet, are the most reliable in terms of supply…and the most expensive.

As a result, most wells in Prince Edward County are shallower dug or drilled wells which tap into an aquifer within 50 feet of the surface.

These wells are cheaper and less likely to have smelly or poor tasting water…but they are much more likely to have a more limited supply during July and August. Most families living on such shallow wells are careful with their water during the summer.

Homes next to Lake Ontario or the Bay of Quinte will often use a shore well, which is a shallow well next to the water which is supplied from the lake (where there’s lots of water).

Some homes on the waterfront dispense living on a well altogether and draw their water directly from the lake.

With all types of wells, it’s important to guard against bacterial contamination.

As a result, anyone living on a well should have a simple purification system. Usually these systems include one or two particle filters to trap sediment and organic matter, followed by an ultraviolet light which kills any bacteria.

Home water purification systems are an everyday fact of life. The replacement filters and supplies can be bought in almost any Home Hardware, Canadian Tire, etc.

In Ontario, the local public health unit will test home water samples for bacterial contamination at no cost using a kit that they supply. They recommend testing 4 times a year for a shallow well or twice a year for a deeper drilled well.

No Well At All

Finally, there are some people in rural areas who get rid of a well altogether and rely on a cistern (a big tank in the basement). The tank is filled up at regular intervals by a local business that delivers water from the municipal system.

In the end, living on a well is no hardship, you just take for granted if you live in the countryside.