A recent Supreme Court ruling on MLS data favours consumers by making this information widely available.  This is a progressive step with important long-term implications for the real estate industry. 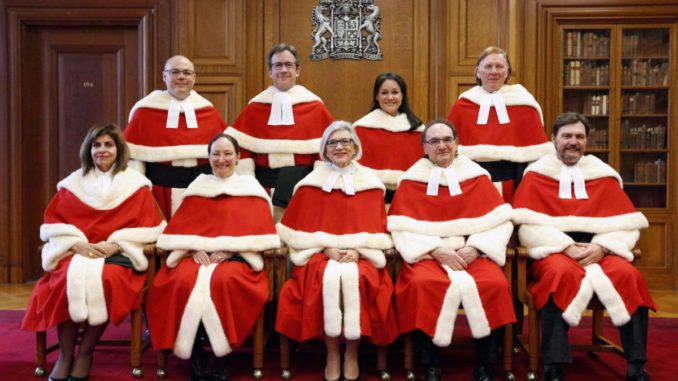 Up until the Supreme Court’s decision, the Toronto Real Estate Board (and all other Ontario real estate boards) have prohibited realtors from making MLS sales data widely available to the public.

In April 2016, the federal Competition Tribunal found that TREB’s practice of withholding information was an “abuse of dominance” and ordered TREB to freely distribute the information. TREB appealed this ruling to the Supreme Court of Canada

On the 28th, the Supreme Court of Canada declined to hear the TREB appeal. As a result, after a 60-day period ordered by the Court, TREB will have to make MLS data widely available to the public.

There are many internet businesses which have been waiting on the Supreme Court decision to put MLS sales data on the web, enabling consumers to do their own research on what homes have been selling for.

The Supreme Court ruling means that over the next few months, home buyers (and sellers too) will be able to do their own research online and will not necessarily be dependent on realtors to find out the price of comparable properties.

The appeal before the Supreme Court was specific to Toronto. However, based on the TREB precedent, all other real estate boards will almost certainly have to make their data available too, although the timing is not clear at present.

Implications for the Real Estate Industry

Up until now, real estate commissions have been sustained largely by the monopoly of information held by realtors. There was no internet when I bought my first house in the 1970’s. Then, the only way to find listings was to work with a realtor who shared information from a giant book of MLS listings.

The internet started to undermine the monopoly position of the real estate industry when listings were made available online. Putting sales data online is another step in the same direction.

What are the long-term implications of this this Supreme Court decision which makes MLS data widely available? Where will this trend ultimately take the real estate industry? No one can say with absolute certainty, but the experience of the travel industry may be informative.

Until the arrival of the internet, the business model for travel agents was based on their monopoly of information. If you wanted to know plane schedules, hotel availability, special deals, etc., you had to go through a travel agent.

The travel agents’ monopoly began to break down in 1995 when the first internet travel booking started.

Now, less than 25 years later, most people do their travel booking for themselves online. A 2017 survey of American travelers found that more than 80% of travelers booked on the internet. (It should also be noted that 20% of people continued to use a travel agent, particularly for high end travel.)

Buying a house is much more complicated and expensive than booking a Caribbean holiday, so there will likely be a continuing role for genuinely expert advisors providing high value-added service.

However, the Supreme Court ruling spells trouble for those in the industry who rely on information rather than expertise to generate their income.

For buyers (and sellers too), the Court ruling is a progressive step to empower consumers.